This easy recipe for make ahead mashed potatoes will save your sanity when you’re hosting a holiday meal, or if you just want to prep ahead of time for your weeknight dinner. 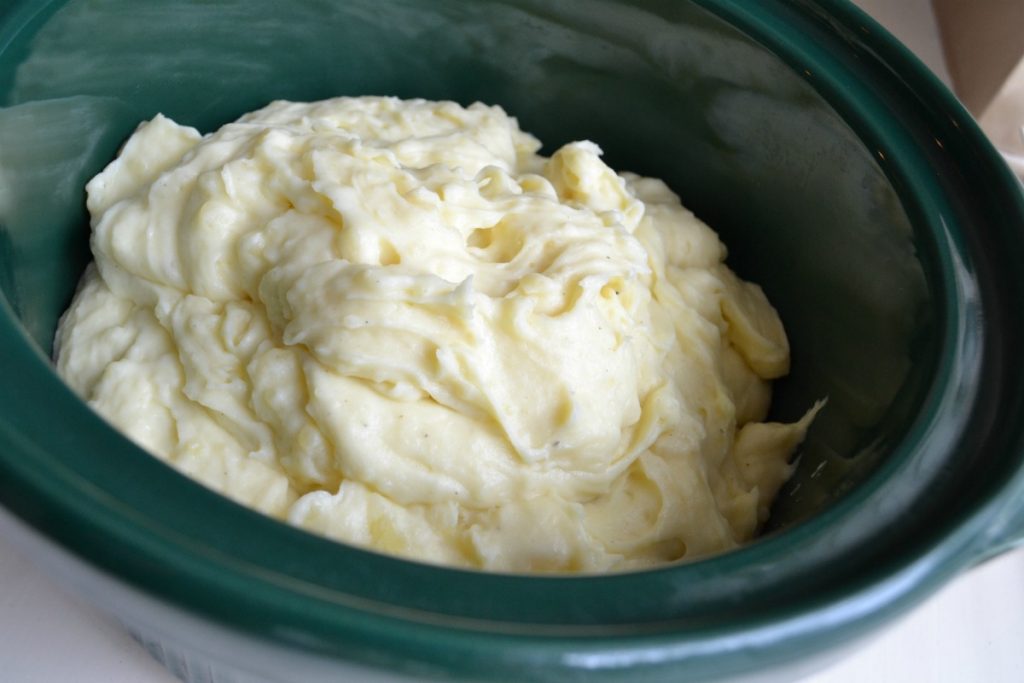 When I think about holidays of years’ past, I always remember the last-minute mashed potato scramble. Nobody likes cold mashed potatoes, so they were usually the last thing my mom prepared before the meal was served.

There would be a frantic whipping and stirring and then a shout of “Dinner’s ready!” and a scrambling to the table. Then I’d sit there, trying to pay attention to the blessing being said while silently wishing it would go quickly so that I could dig into those steaming, buttery potatoes before they got cold.

Thankfully, due to the lovely invention called the slow cooker, that scenario doesn’t need to happen anymore.

A few years ago, I realized that you could make mashed potatoes hours ahead of when you planned to eat them, and they’d taste every bit as delicious when dinner was served. No last-minute chaos. Just pure, hot, fluffy, mashed potato heaven. 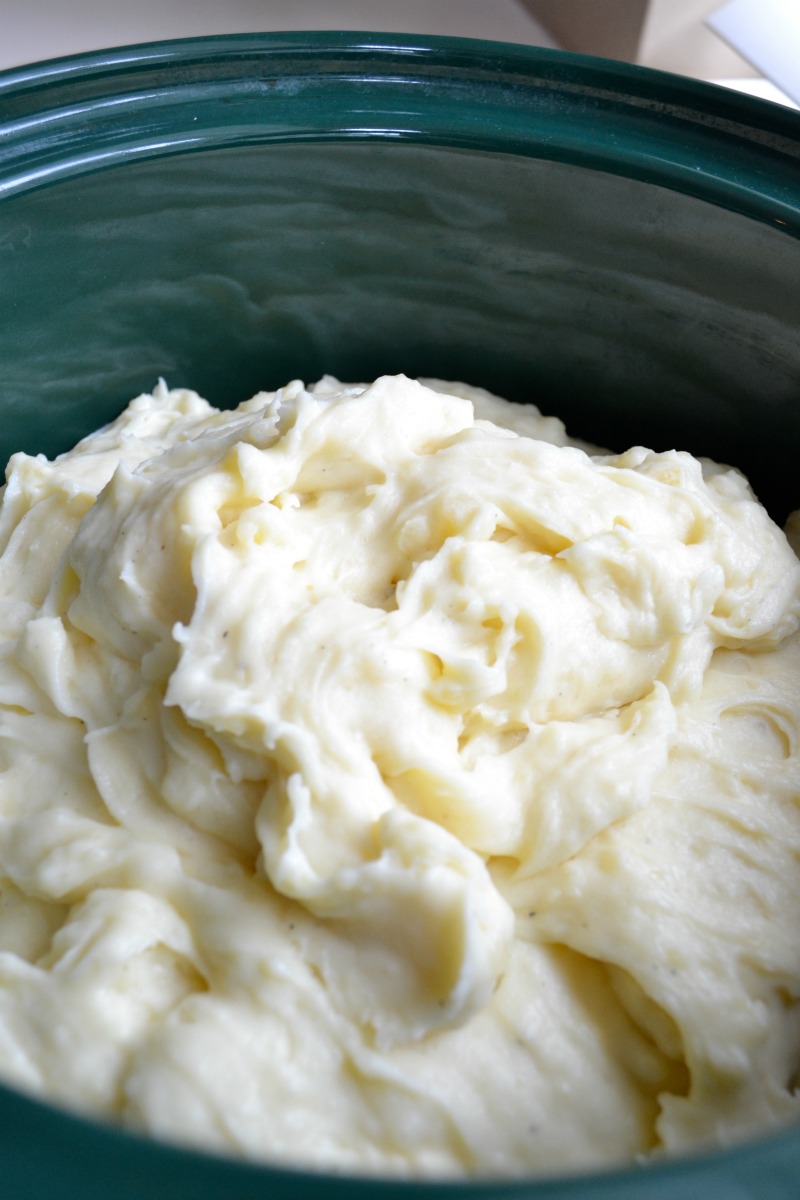 One thing that’s very important is using the right potatoes. I typically look for yukon gold potatoes, but I’ve also had tremendous results from Baby Bella potatoes (which I found at Sam’s club), which are super creamy.

Another thing that’s important is making sure you’ve cooked the potatoes long enough. If they’re even a tiny bit undercooked, you’ll get lumps. Some people don’t mind lumps (I’m one of them), but if you’re aiming for super smooth and creamy mashed potatoes, don’t undercook!

Of course, mashed potatoes are not all created equal, so in addition to giving you my make ahead tips, I want to share my recipe for getting the fluffiest, yummiest mashed potatoes possible. Enjoy!