You are here: Home / Recipes / 10 Ingredients or Less / Grilled Potatoes in Foil with Bacon
2240shares
Jump to Recipe Print Recipe

These grilled potatoes are the perfect side dish to make during BBQ season. Read below to find out how to make delicious and flavorful sliced potatoes on the grill using foil packets. 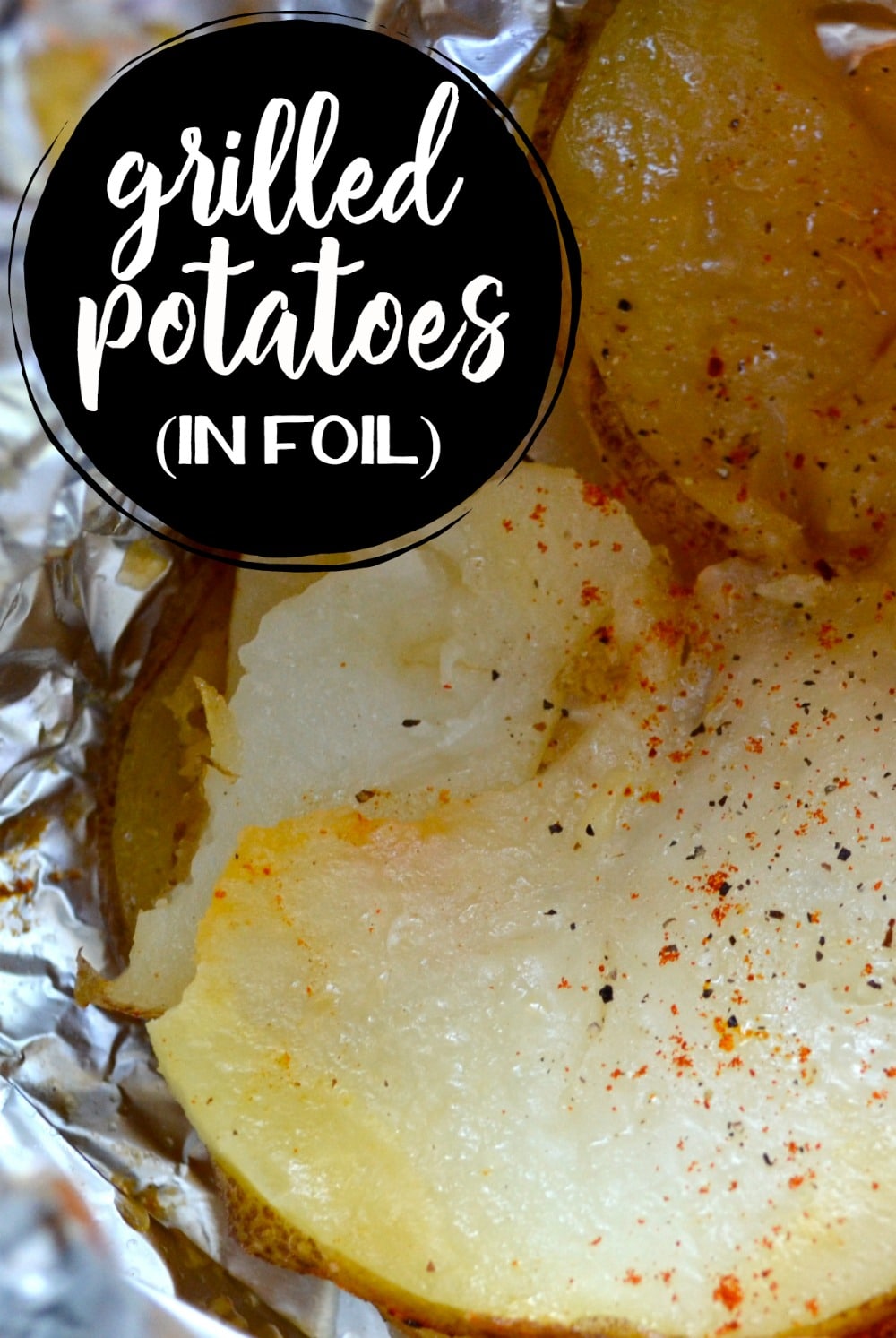 From the first day of grilling season to the last (and it’s quite a long season here in Houston), my family eats these grilled potatoes as a side dish at least once a week.

They are SO quick and simple to make, they go perfectly with any sort of BBQ meat or fish, and they are flat-out delicious. As a bonus, cooking them on the grill in foil means no pots or pans to wash!

The onion and the bacon infuse the potatoes with a ton of flavor.

If you’re a vegan or vegetarian, you can substitute smoked paprika for the bacon in this recipe, and you’ll still get that fantastic smokiness that makes these potatoes so good.

How to Cook Potatoes on the Grill in Foil:

Scroll below for printable recipe.

*Smoked paprika is totally optional, but I’m in love with it, so I use it whenever I can. If you don’t have any, don’t worry…the potatoes will still be great without it. 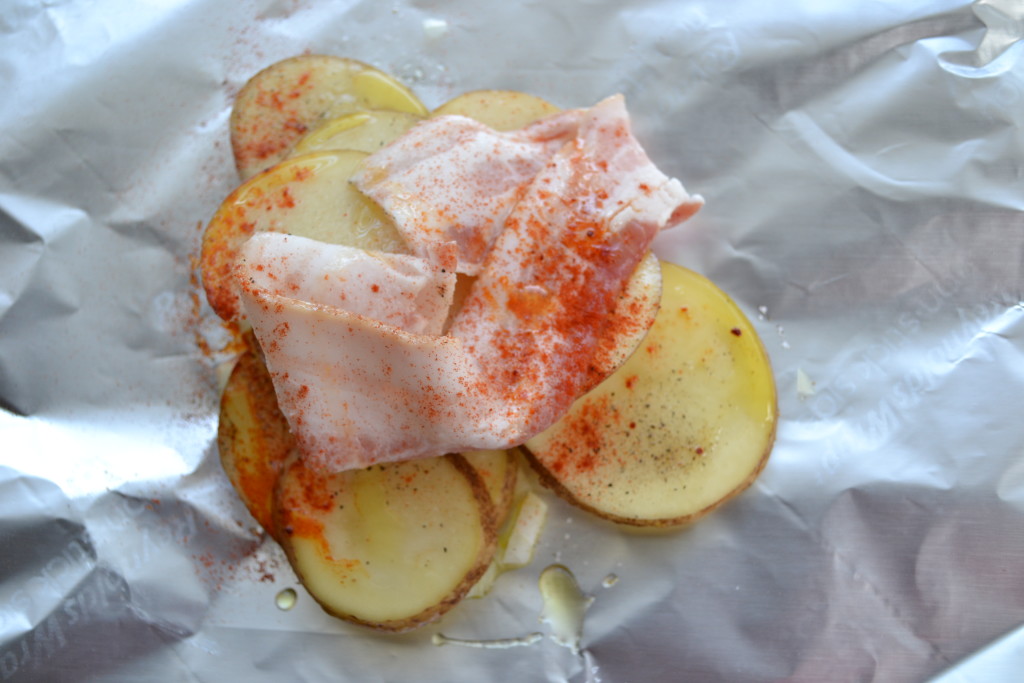 You will be pleasantly amazed by how much flavor these potatoes have. Even my potato-hating daughter loves these! (They are the only potatoes she’ll eat besides french fries.)

The onion and bacon infuse the potatoes with flavor and moisture, and the steam created in the packet makes them fall-apart tender. 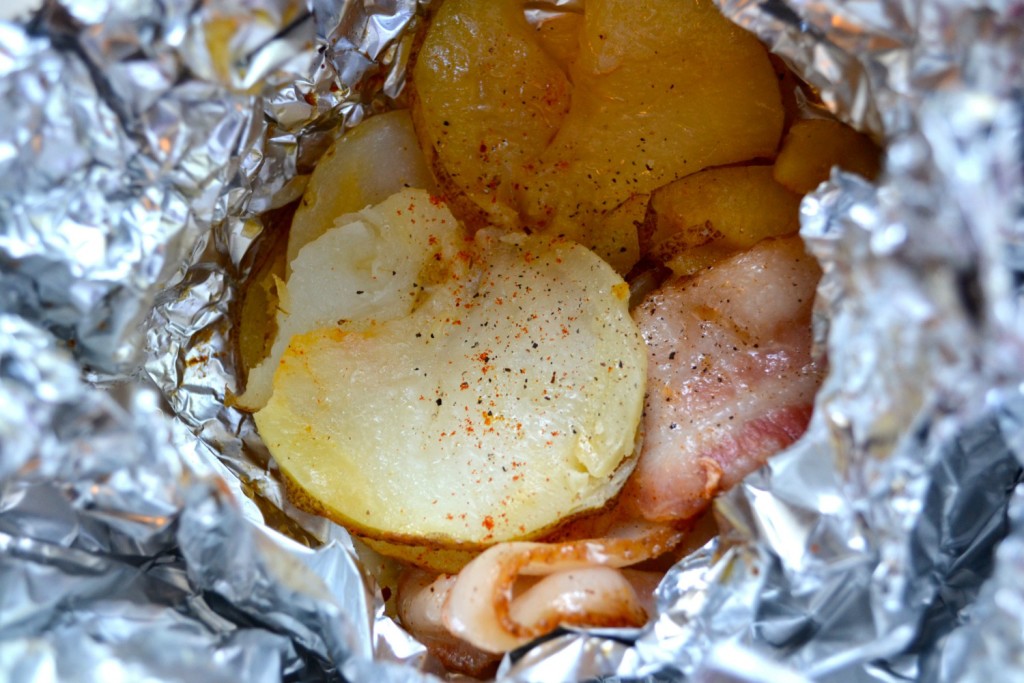 Can you eat the bacon in this recipe?

The bacon will not be fully cooked when the potatoes are done, so I don’t suggest eating it unless you cook it some more on its own.

If you’re not an onion lover you don’t need to eat the onions after the potatoes are cooked, but I still recommend including them in the packets because they add moisture as well as flavor. 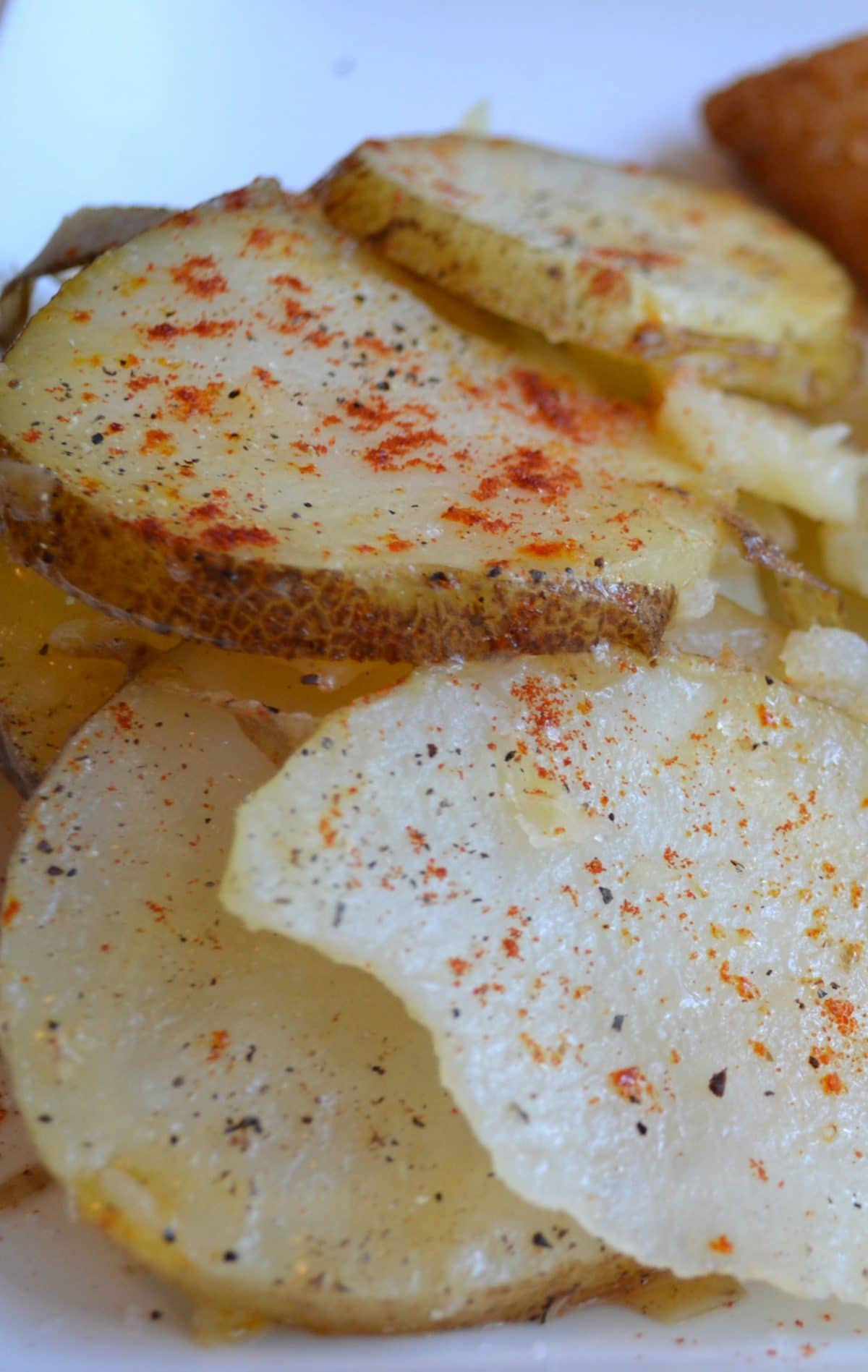 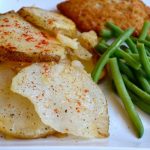 If you want to omit the bacon to make this a vegan recipe, just add additional smoked paprika before sealing the packets.

Don’t leave without checking out my Recipe Index for more good and simple recipes.